What Seniors Need to Know About ACA Repeal 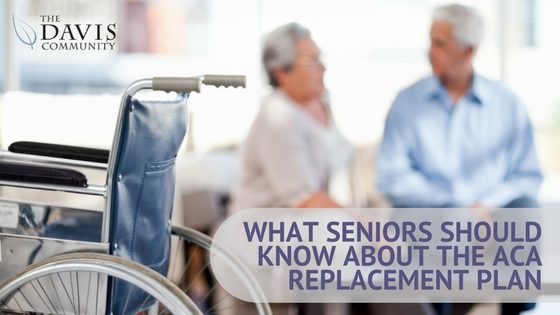 It’s no secret that health care has been a hot topic for the last several years. Currently, a new bill – The American Health Care Act – is being considered yet again as a replacement for the Affordable Care Act.

The bill is still in its early phases and will likely go through many adjustments before it is granted final approval, but it is expected to bring about some changes for the senior population. As it currently stands, here are a few of the most significant impacts of ACA repeal on seniors.

Under the current rules, insurance companies are not allowed to charge seniors any more than three times what they would charge younger people for the same coverage. New proposals may raise this to five times or more, depending on what individual states allow. This could translate into premium increases of $2000 t0 $3000 each year for adults between the ages of 50 and 64.

Low and middle income seniors would be eligible to receive tax credits to help offset premium costs, but these might not be proportional to increased expenses.

Removal of Taxes on Certain Medical Items and Services

Rather than being open ended, funding for Medicaid would change to a fixed amount per state. A cap on Medicaid spending would possibly lead to states cutting payments to providers, eliminating services, or restricting enrollment.

The AHCA proposes to introduce a state-based, private insurance marketplace as an option to help low-income Americans continue to afford quality health care.

This could potentially impact seniors who rely on Medicaid to finance costs of long-term care, such as assisted living.

Prior to the Affordable Care Act, Seniors with Medicare received some help paying for prescription medications up to a certain dollar amount, and then none until a higher level was reached. This gap was known as the “donut hole.” Repealing the ACA would reverse efforts to “close the donut hole,” potentially resulting in higher out-of-pocket costs for medications.

ACA repeal would restore higher payments for services performed under Medicare Advantage (also known as Part C or MA). Naturally, this would most likely result in higher premiums for seniors enrolled in this option. The AHCA will also put an end to certain free preventive screenings, which could also result in premium increases.

Under the AHCA, states would be given more flexibility in the decision-making process. Each state would have to decide how best to meet the needs of its senior population and make health care affordable for its low income residents.

Advocates of the AHCA offer the assurance that steps are being taken to implement options that will further lower costs and increase choices. Seniors will no doubt want to stay informed on the developments in health care so that they can make the best choices when the time comes.

If you or loved one are no longer capable of living a safe, independent lifestyle, then call the Davis Community today at 910.686.7195 or simply complete and submit our online information request form. We provide exceptional assisted living and skilled nursing services in Wilmington NC with a strong and supportive environment where your loved one will feel welcomed and part of an active community. Get to know the difference today — schedule a visit to the Davis Community!